Travelling along the coastline eastwards, we made brief stops at Unawatuna, another surfer's hotspot, and Galle, with marks from the Dutch colonial period, before we reached our base for the next few days, Mirissa.

We stayed at a hotel called Ocean Moon, which had seen better days long ago. Or had better days to come, since it seemed to be under somekind of rebuild. It was close to the beach though, which is probably why the owner in their marketing campaign seems very happy. 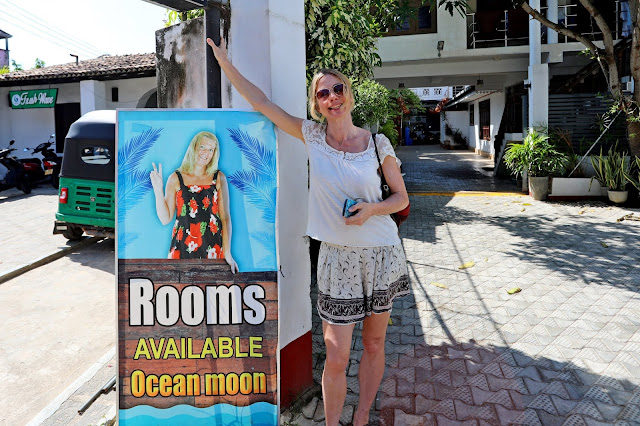 One of hte main features of Mirissa is whale watching. We decided to give it a go. After a little more than an hour on the boat,  we did actually encounter some blue whales. I could not get any decent photos though, they were too far away, but on two or three occasions we could see the easily recognizable tail fins of the gigantic creatures. On top of that we spotted several kinds of dolphins and even a big sea turtle. The view from the whale watching boat was pretty nice too. 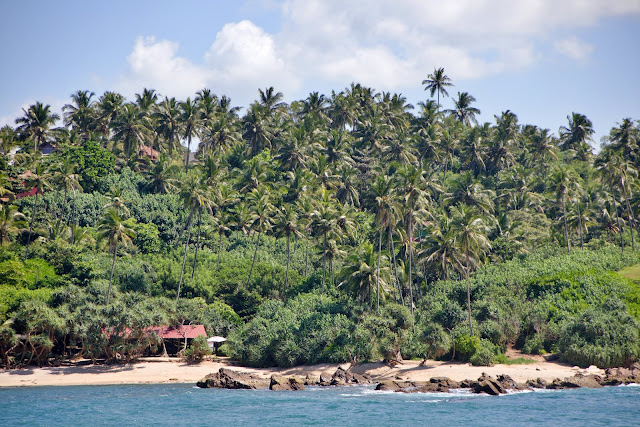 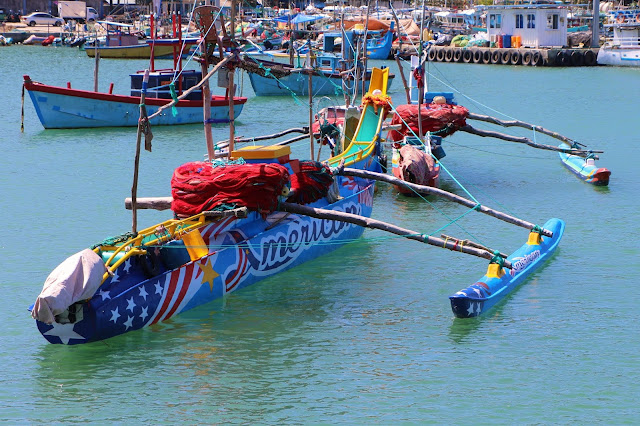 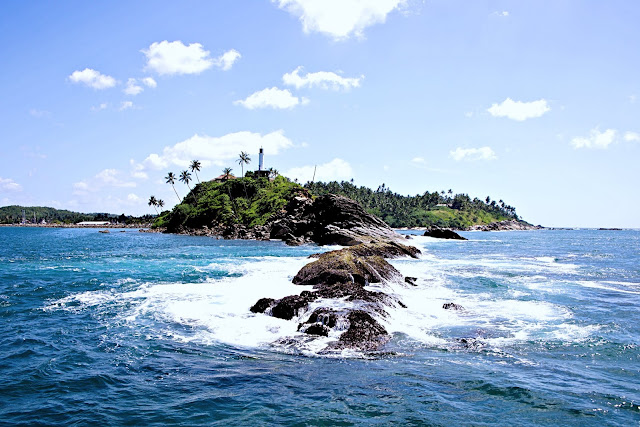